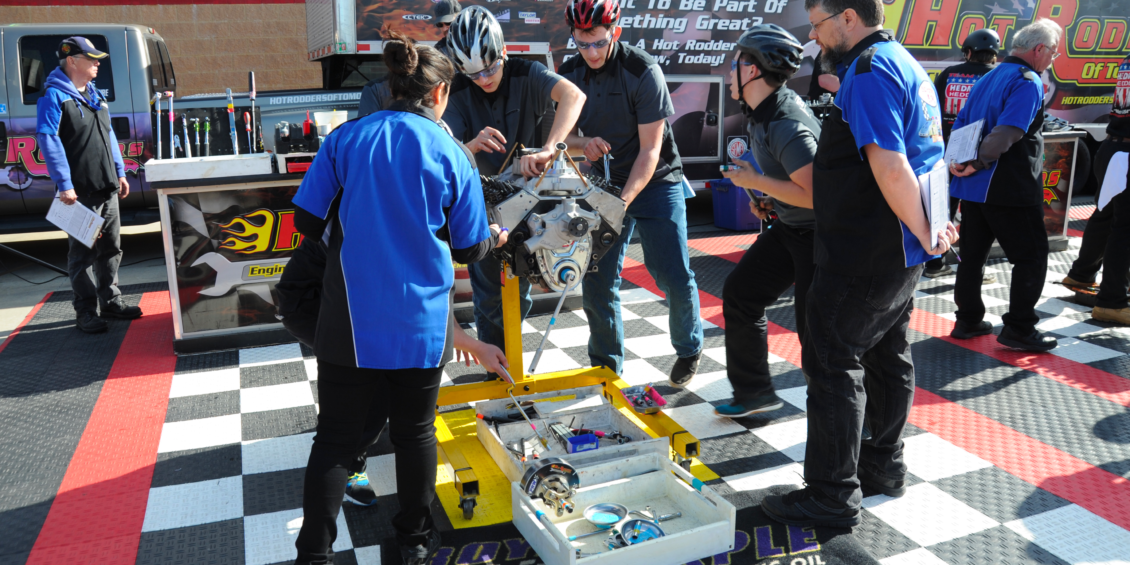 I am running for SEMA Chairman because I believe we should be on a relentless mission to do the same with our industry and SEMA.

One area that needs the most improvement is SEMA’s (and our industry’s) approach to Youth Engagement. While recently we have been more effective at SEMA’s youth strategy, it hasn’t harnessed the tremendous power of our automotive community and it hasn’t happened quickly enough.

We have a limited window of time to operate within. The clock is ticking, and if we don’t act boldly and decisively enough – some day in the future, we may be building museums about automotive performance instead of modifying or building performance projects. As our current hot rod constituents “age out” of the core group of the community, the future of the automotive industry is dependent upon new blood. “It’s all about the kids” is a good way to think about it. I’m not afraid to say that SEMA and our members haven’t taken on nearly enough responsibility for attracting the youth to our industry and to make automotive performance and motorsports market an appealing choice. A quick look at other industries like consumer electronics and e-gaming and it’s clear that the automotive culture is behind the times.

The reality is that facts and data show kids are driving less, don’t have their licenses, and are less interested in cars. Period. Autonomous vehicles and electrification have already had an impact on our industry, and the number of drivers will likely continue to trend downward. According to a study by the University of Michigan’s “Monitoring the Future” survey, the share of high school seniors across the United States who have a driver’s license dropped from 85.3% in 1996 to a record low 71.5% in 2015. And, according to PBS.com, it’s “partly a result of tough new rules imposed on young drivers and an explosion in ride-hailing and ride-sharing services.” “The majority of American teens today delay getting a driver’s license,” according to the AAA Foundation for Traffic Safety, which researches highway safety issues. Less than half get it within 12 months after they are eligible and only a little over half by their 18th birthday. More than a third told the AAA that driving was “just too expensive.” [Source: CBSnews.com]

So, what can we do? Let’s talk about three things.

1) SEMA (and our industry) need to be bigger and we need to be bolder in our efforts. We need to dedicate additional budget and resources toward focusing on building the next, upcoming generation of drivers and  enthusiasts. The 14-24 year olds are the next wave of influencers that will significantly impact our industry, and its up to ensure that it’s a positive impact instead of a negative one. We need to be willing to act more quickly, and we need to get our membership on board in a more definitive, specific way.

2) I believe it is imperative that we give our kids and youth motorsports-centric experiences. Getting kids to a race is a lot more effective at prompting conversation than a slower-paced car show. If we get them hooked (just like we were) they will become our next influencers. We need to focus on being inclusive rather than exclusive. Cars are cool. Racing is cool. It’s just not something that most kids experience. Let’s develop a plan to get kids to an actual race, to meet a driver, and maybe turn a wrench. Every kid matters.

3) We need to harness our community and relationships. Between SEMA and PRI, we have thousands of enthusiasts, groups, car clubs, racers, race teams, tracks, and sanctioning bodies that can all work together to drive youth engagement on a local and regional level. It’s up to all of us to reach out and work together. And only SEMA can be that glue. It’s on SEMA to organize all this. Is that a tough responsibly? Heck yes it is. But it’s our job to get our membership moving in the right direction.

Thank you for considering me for SEMA Chair. I respectfully and humbly ask for your support to lead SEMA with energy and passion.